My Slovenia - Croatia Experience by Cedric 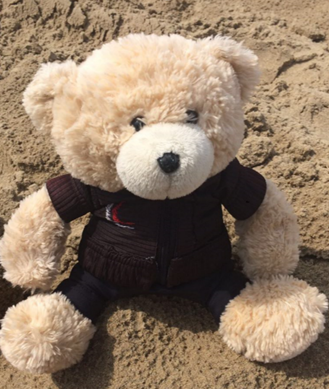 I have had a busy year, with the CC people; lots of cycling trips and lots of trekking! The old bloke I hang around with said I hadn’t written a blog since Thailand last year, so here goes….. 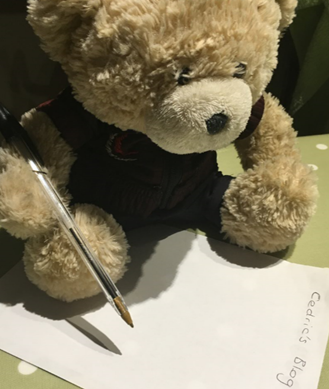 I saw the humans getting bike gear ready for another trip and thought whoopee another ferry ride, but then I saw the spanners coming out, the bikes getting put into bike boxes and a double whoopee as we were going on an aeroplane!!!

And sure enough, Charlie took us to the airport; here’s a picture of my mate Charlie, he doesn’t get much publicity!! :-

….and the next thing I knew we were in Slovenia and heading off for a cycle adventure to Croatia.

We met the wonderful support team of Franz and Zdenka; what a fabulous couple they are. They never stopped laughing and smiling, Zdenka was offering the cyclists Schnapps to settle their tummies before setting off, she offered me some too, but doesn’t she know bears only drink tea (and the occasional Stella). 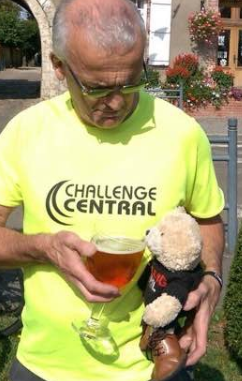 (if you read about my Thailand trip where I introduced support team Wow and Tic, well…. Franz and Zdenka are as equally awesome!!)

We spent four days cycling through the stunningly beautiful Slovenia and Croatia, apparently loads of scenic pictures on the CC website, so this means I can just post pictures of me:

The weather was great, so I was able to spend the whole 4 days on the front of the lady’s bike:-

That’s me inside the blue circle!! 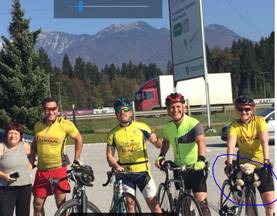 We went on a ferry to an island called Pag, which smelt of Thyme and Rosemary, or so the ladies said, us boys were not so sure!!
Just one “watch this space” secret I have to tell you, on the way back, one of the guys started measuring my feet! I don’t know for sure but I think I might be getting a new pair of cycle shoes!!! And I also heard them whispering about websites and domain names but I have no idea what that is all about…….

Must go and get some sleep now, I believe I am off on a cycle trip to Thailand again soon. I will just show you a few of my own personal favourites of the photos (yes, ones with me in!!):- 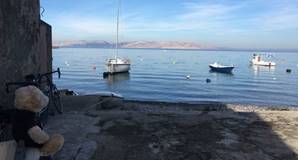 And on the right, one of the lads!! 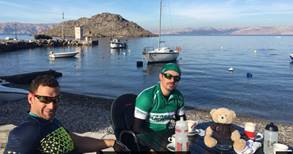 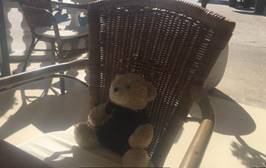 I am not in this one, but I took the photo, she was so kind letting me sit on her bike for 4 days, I decided to “borrow” a camera and take a photo :- 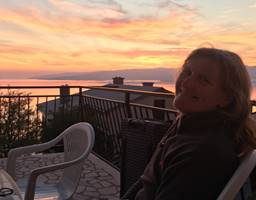 They do love me so much, they take me everywhere….. 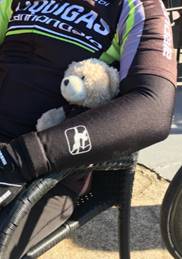 Not sure about the big beer though…

One final cuppa at the airport:- 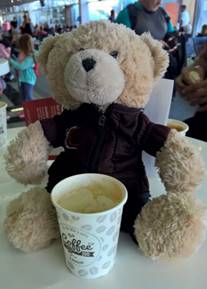 And it’s bye for now until next year:- 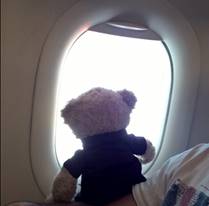 Hopefully, I’ll be famous enough to get my own seat next time and not stuffed behind someone’s arm rest!! 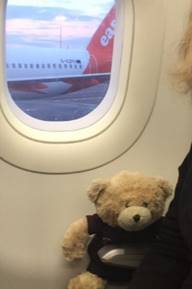 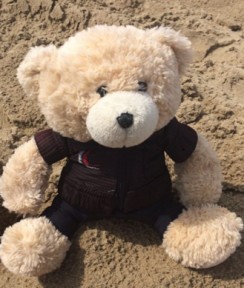